Transactional Analysis is first and foremost a therapeutic tool for positive change and growth. It can be used either in therapy for the individual concerned or on a more surface level for problem solving in everyday life.

TA is basically the study of how people take on certain behaviors, either by accident or from their early caretakers or authority figures and then continue to play them out in their adult lives. It is a model for people to use to work towards ‘autonomy’, a place from where they can choose to live the way they want to and not to be still acting as if they are controlled by past events or messages.

Transactional Analysis then is a modern psychotherapy model, which has; it’s own particular language and theory of personality. It states that the person transacts with a person in certain ways, structures their time between life and death in a particular way, plays their own particular games and lives out their own unique script.

An understanding of Transactional Analysis can give hope for the person in that they can change their script and choose the way they want to re-write their own life plan, without hanging on to inappropriate behaviours of the past.

Transactions refer to the communication exchanges between people. Transactional analysts are trained to recognize which ego states people are transacting from and to follow the transactional sequences so they can intervene and improve the quality and effectiveness of communication.

Berne observed that people need strokes, the units of interpersonal recognition, to survive and thrive. Understanding how people give and receive positive and negative strokes and changing unhealthy patterns of stroking are powerful aspects of work in transactional analysis.

Berne defined certain socially dysfunctional behavioral patterns as "games." These repetitive, devious transactions are intended to obtain strokes but instead they reinforce negative feelings and self-concepts, and mask the direct expression of thoughts and emotions. Berne tagged these games with such instantly recognizable names as "Why Don't You, Yes But," "Now I've Got You, You SOB," and "I'm Only Trying to Help You." Berne's book Games People Play achieved wide popular success in the early 60's.

Eric Berne proposed that dysfunctional behavior is the result of self-limiting decisions made in childhood in the interest of survival. Such decisions culminate in what Berne called the "life script," the pre-conscious life plan that governs the way life is lived out. Changing the life script is the aim of transactional analysis psychotherapy. Replacing violent organizational or societal scripting with cooperative non-violent behavior is the aim of other applications of transactional analysis.

"I'm OK - You're OK" is probably the best-known expression of the purpose of transactional analysis: to establish and reinforce the position that recognizes the value and worth of every person. Transactional analysts regard people as basically "OK" and thus capable of change, growth, and healthy interactions. 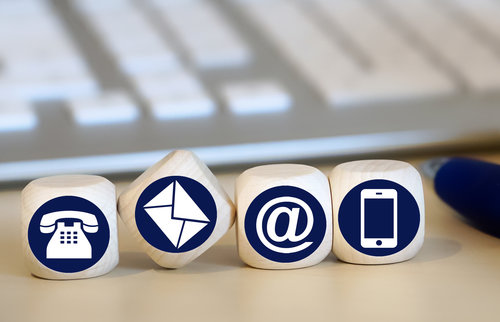 We like to make the most of our location by offering clients the option of 'Walk and Talk Therapy' in the beautiful and relaxing surroundings of Random Woods.